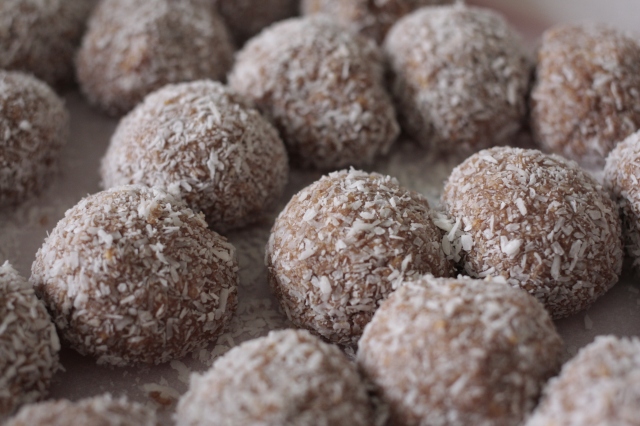 Mother’s Day seemed like the perfect time to try out the first recipe, which could really be no other than Nana’s rum balls. Nana lived 3 and a half hours away from us. We would visit every holiday and long weekend, and without fail there would always be rum balls ready and waiting in the fridge. They were often accompanied by some other delicious slice, but always rum balls. If we were greedy and finished them all we would get to help her make another batch.

Nana needed no full recipe for these because she’d made them so often, so all I have is the ingredients jotted down. The steps are very straight forward though. 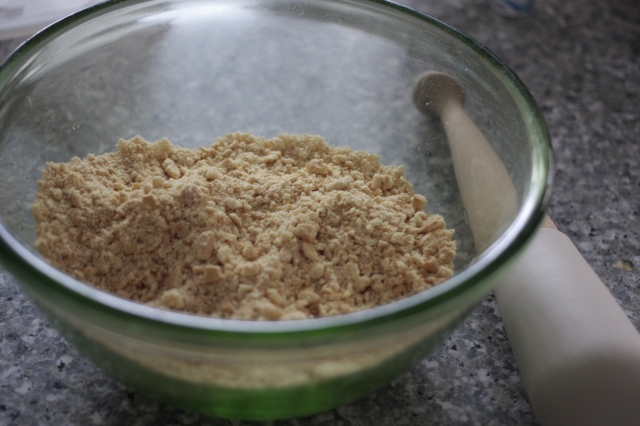 For this I put the Marie biscuits into a clean plastic bag, placed this in a bowl, and crushed with a pestle.  You could also crush them in their packet or use a rolling pin.  (This was incredibly therapeutic!)  You need to crush these quite fine, however I think I was a little too keen!  Nana’s notes say that you could also adds nuts – I guess you could chop them and add them in here. 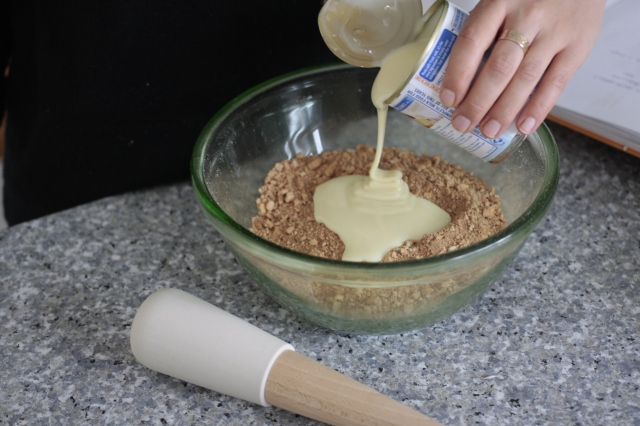 3. Pour in the condensed milk.

The amount was not specified and it will depend on your taste.  You could even leave it out.  I started hesitantly, putting in a tiny capful.  My tasters demanded more.  I guess I ended up putting in about 2 tablespoons.  But go cautiously!  You don’t want the mixture to be to moist or ‘rummy’.

I used a spoon to do the first bit of this, but used my hands at the end.  The mixture was a little moist, so we added a little flour and desiccated coconut until we got the consistency that we wanted – quite firm and not too sticky. 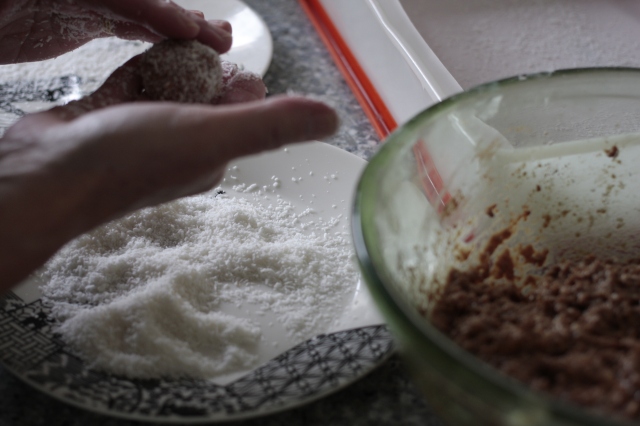 6. Roll the mixture into balls.

We rolled our mixture into balls about the size of a walnut, or rather I did…Mum is enthusiastic and when placed on the tray her rum balls dwarfed mine.

7. Cover the balls in the coconut.

We covered plates with the coconut and once our balls were formed, lightly rolled them around on the coconut. 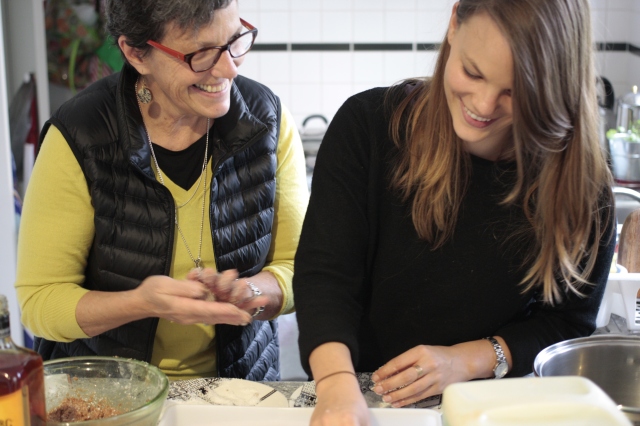 8. Place them on a tray and put them in the fridge.

They will need about an hour in the fridge to go hard, although some may not make it that far!

These were taken to a Mother’s Day afternoon tea and were declared delicious!

This entry was posted in Cakes and Slices. Bookmark the permalink.